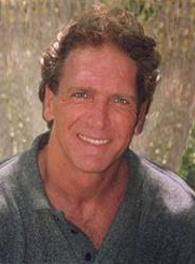 Tireless Fighter for Food and Health Freedom Author of "We Want to Live, The Primal Diet" and "The Recipe for Living Without Disease".
We always enjoy the presence of Mr.Vonderplanitz.
You may or may not be into eating raw meat and other raw animal foods, but either way, he’s a wealth of information on how the body functions. He is also, most probably, Americas biggest fighter for the right to buy and sell raw milk, helping to establish raw milk clubs throughout the States.

Who is Aajonus Vonderplanitz ?
He is a man who defied medical science and ate his way back to vibrant health after being given only 3 months to live whilst suffering from blood, bone and stomach cancer, as well as several other medically incurable diseases. It is now 42 years later and Vonderplanitz is healthy and happy, outliving the doctors who told him he would die, no question. After healing himself with foods, Vonderplanitz dedicated his life to research and study in the field of nutritional science, so that he could teach and aid others to heal themselves as he did.